5.1. I took the long view and focused on being content with slow, steady progress.

I knew that once I reached my ripped goal, I would be maintaining it for the foreseeable future. Additionally, I attributed bad gym days (where I didn’t hit my weight or rep goals) to specific causes, many of which were under my control, such as a poor night’s sleep, inadequate calories or carbohydrate intake the prior day, too much wine, too much walking the prior day, etc.

If I was feeling particularity burned out or hungry for whatever reason (one or both of these things happened at least once every couple of weeks), I heeded what my body was telling me and ate right up to my maintenance calories and sometimes a couple hundred calories beyond. Also, on at least four occasions I can remember I walked out of the gym after less than 10 minutes because my body was telling me it was too tired. I used reset days to give my body a break.

5.3. I realized there’s no such thing as a fat loss plateau

I think there are many of us who at one point or another have hit a fat loss plateau, even when we changed nothing about our diet, exercise or sleep. What I realized was that for me, those periods I deemed plateaus were actually not plateaus at all: they were simply times when my perception was incorrect.

Here’s what I mean by that: I used to perceive fat loss through a combination of scale weight and physical appearance, but as I was learning how to get ripped I realized that this is wrong and a recipe for psychological chaos. Every person stores fat in different places and accumulates fat in those places at different rates, in different ratios, and at different times, a phenomenon attributed to genetics. For example, if I were to put on fat now, it would first accumulate on my lower abs proportionately more than on other areas of my body. Then, as I continue to add fat, my butt and chest might accumulate more than my abs. As I continue to gain, accumulation might shift to my lower back and then once again primarily to my stomach.

The first problem, I think, is that I tended to focus on only a couple of areas when looking at myself in the mirror. So in week six of getting ripped, I might have looked at my stomach and thought, “this is great, my abs are definitely more defined than they were a week ago”, but on week eight, I might have looked at my abs again and not perceived much difference from my week six photo. Then I’d surmise that I wasn’t losing fat any longer. In reality, I had, but from other areas, like my butt and chest according to the principle of FILO (first on, last off)–areas that I normally wouldn’t have focused on. This problem was further exacerbated if the scale weight hadn’t decreased from week six to eight, which brings me to the second problem:

When lifting heavy and controlling calories, there is a good chance recomposition is taking place, which is the slow process of gaining some muscle while simultaneously losing fat. What this means is that an increase in lean mass offsets the weight associated with a decrease in adipose tissue. I saw my weight staying the same, and since I associated weight with fat, believed I wasn’t losing fat. I should also mention that day-to-day fluctuations in water retention could have been playing a role as well.

I found the tape measure and calipers to be crucial tools in helping to more closely align my perception with what was actually happening. For example, one week I took measurements of my bicep, thigh, waist, chest and neck. All had increased (as I was expecting since I was putting on muscle, especially around my midsection from heavy squatting an deadlifting), except for my chest measurement, which remained the same as it was three weeks prior. How could this be? My bench had increased significantly, and my chest appeared to be more muscled. The key was the calipers; they indicated that the subcutaneous fat stores on my chest did indeed decrease. Since my chest measurement remained the same, this meant that I gained muscle while losing fat in that area.

So all this is to say that I realized that if calories in were less than calories out, that if I was lifting heavy and maintaining high protein intake, and that if I was getting sufficient rest, that I would continue losing fat. That fat loss would be apparent as long as I used all the tools at my disposal together (scale, photo, tape measure and calipers). This has held true. There is very likely a point at which the amount of fat on the body becomes too low and the body responds to an energy deficit by burning muscle as the next option, but I can safely say I’ll never try to test it. From what I know and have experienced, 6-8% bodyfat for me is a completely maintainable level for the long term. 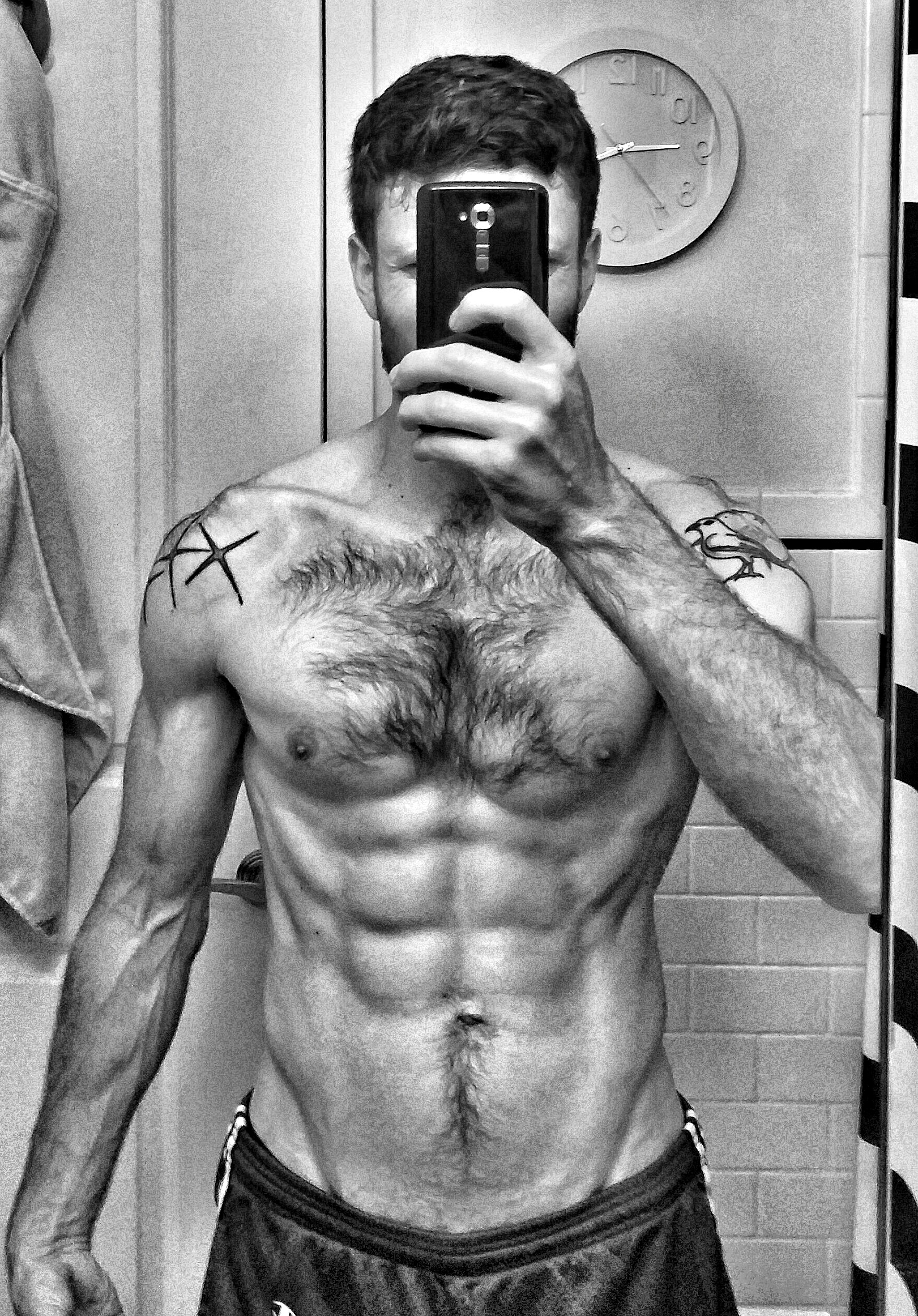 Getting ripped is easy. For real.

I'm a proud husband and dad who's really interested in helping others understand how truly easy and stress-free living a ripped and healthy lifestyle can be.
Follow Ripped Forever on WordPress.com
Join 90 other subscribers